We’re excited to welcome our newest member, Tonic – a company whose product makes it easy to create high-quality, synthetic replicas of your real production data for use in testing, QA, reproducing production issues, and even sales demos. Their synthetic datasets contains nearly identical structural, behavioral, and statistical properties to your production data and can be scaled to any desired size. Tonic improves your product management, development, and QA processes while simultaneously simplifying compliance with regulations like GDPR and HIPAA.

Tonic was launched earlier this year by a founding team with a combined 35 years of experience at companies like Palantir, Tableau, and Microsoft. The team’s recently open-sourced database subsetting tool Condenser is already gaining strong traction with users able to stage, build, and test productively in a lighter subset of their production database.

The Tonic team will be moving into the Heavybit Clubhouse in the coming weeks so please join me in welcoming them to Heavybit and be sure to say hello the next time you drop by!

Ian Coe has worked over a decade to advance the use of data by removing barriers impeding teams from doing their jobs. As an early member of Palantir Technologies’ commercial division, he led teams solving data problems in industries ranging from financial services to the media. At Tableau, he focused on analytics, driving the vision around statistics & the calculation language. Now as CEO of Tonic, he continues to work on breaking down traditional data silos and driving analytic efficiency. 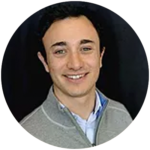 Karl Hanson is COO of Tonic where he brings experience doing data analytics across different industries. At Palantir, he was part of the commercial leadership team, heading several of their early commercial enterprise engagements and closing several beachhead contracts opening new verticals, such as home mortgage analytics. After Palantir, he was Head of Deployments at Segovia, a fintech startup facilitating mobile payments in emerging markets. 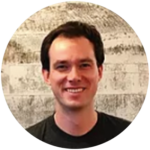 Andrew Colombi is an experienced software engineer who has spent the last 9 years at Palantir Technologies before co-founding Tonic. At Palantir, he led the team of engineers that launched the company into the commercial sector and began Palantir’s Foundry product, a platform that reimagines how people use data by removing the barriers between back-end data management and front-end data analysis. As CTO, he brings extensive know-how in the field of data analytics to Tonic. 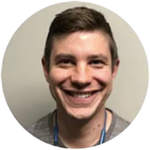 Adam Kamor has previously been a Program Manager at Microsoft and Product Manager/Developer at Tableau Software, where he focused on data analytics and calculations engines. As a developer at Kabbage, he primarily worked on backend systems responsible for Kabbage’s automated underwriting process. Now he is the Head of Engineering at Tonic where he is working on a solution to the obstacles that he faced as a developer working with data. 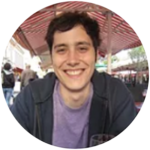