The company’s core product Channels, enables developers to easily create features like in-app notifications, activity streams, real-time dashboards, live trackers and much more. With Channels, each application has a number of channels, and clients subscribe to channels depending on how developers filter data or manage access control. Channels don’t need to be explicitly created, and are instantiated on client demand. This means creating a channel is as easy as telling a client to subscribe to it. Over 200K developers from 170 countries, at companies like MailChimp, the Financial Times, Intercom and DraftKings trust Pusher’s Channels in production.

Pusher was founded by CEO Max Williams in 2011 and has scaled to 64 employees in London. COO Sylvain Giuliani will be moving into the Heavybit Clubhouse this June with plans to expand their US team in the near future. 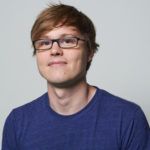 Max Williams is a serial entrepreneur and currently the founder and CEO of Pusher. With Pusher, he’s on a mission to help developers build bigger, better, and more engaging applications. Pusher provides delightful APIs for building the best collaboration and communication features. Previously to Pusher he co-founded New Bamboo (acquired by Thoughtbot) and PandaStream (acquired by Workday via Mediacore).

Under Max’s leadership, Pusher is building the developer platform for the next wave of application developers. It’s grown to over 60 people based in London and serves a global user base of more than 200,000 people. The company stands at the forefront of the API and developer tools revolution.

Sylvain Giuliani is part of the core founding team and he has been supporting Pusher’s growth since 2012. His role is to drive the commercial strategy and lead sales & marketing. Sylvain has over 7 years of experience in the tech industry, spread between Europe and Asia. Prior to Pusher, Sylvain started two businesses: Dropdock – a cross platform for file sharing; and Foodsterbox – a subscription-based fine food delivery company. 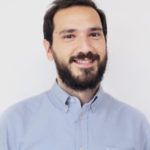 Sylvain is a strong advocate of applying the scientific approach to businesses which led him to a continuous learning path in entrepreneurship, web development, design, sales and taught him how to scale startups.