We’re happy to announce our newest member to the Heavybit portfolio, Sanity.io– a platform for structured content. Their open source editor lets developers create custom interfaces and content workflows while a hosted real-time API delivers it as a single source of truth to any channel, device or product.

Conventional monolithic CMS platforms like Drupal and WordPress offer a front-end templating layer coupled with the back-end, database and codebase. Content producers were forced to produce content with image fragments and html, and designers and developers used custom tooling to deliver it. The entire process was tedious for everyone with costly additional work required to deliver content on new platforms or services. Sanity’s Structured Content lets developers treat content as data and reshape it as needed.

Sanity is different from traditional headless CMS providers as it allows teams to iterate quickly on content models and editing interfaces, while still using familiar tooling. This allows them the flexibility and extensibility to use their own data types, custom user interfaces, and third-party integrations via Sanity’s open source Content Studio.

The company also provides a real-time back-end that in addition to GraphQL offers GROQ – a zero config query language that allows users to bundle and cache multiple queries in real time, offers asset and API CDNs on every continent, and ensures GDPR compliance on data encrypted at rest and in transit.

Launched in 2017 in Oslo, Norway by Magnus Kongsli Hillestad, Even Westvang, Øyvind Rostad, and Simen Svale Skogsrud, the company already works with a number of customers including Massachusetts Institute of Technology (MIT), Cornerstone on Demand, Office of Metropolitan Architecture (OMA) and startups like Elysium Health and Perfectstay.com. Sanity has just opened its West Coast office in the Heavybit Clubhouse so come say hi and check out their product at sanity.io. 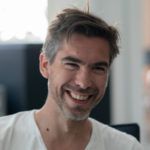 Magnus is the co-founder and CEO of Sanity. In the past, he’s been a Director at EQT Partners, a European private equity firm and has held a range of board positions. Previously he worked in Corporate Finance and M&A at Arctic Securities – a leading Norwegian investment bank, as well as The Boston Consulting Group (BCG). 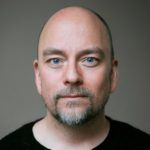 Even is the CPO and co-founder of Sanity. Previously he held the position of Principal at Bengler. In both roles, he has owned concept development, user interface design and data visualization. Even was awarded the Jacob Prize of 2016 — the Norwegian government’s highest recognition for design professionals. He is the first recipient of the prize in the field of digital media. His work has been commissioned by institutions like MIT, The Office of Metropolitan Architecture, and Diller Scofidio, and Renfro — the designers of the High Line Park in New York. 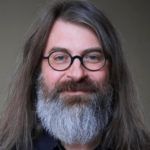 Simen is the co-founder and CTO of Sanity. He’s responsible for the technical roadmap, as well as the co-inventor of Sanity’s real-time backend and query language. Simen was a Principal of the digital consultancy Bengler where he helped design projects at the intersection of art, social publishing and data visualization. He is an award-winning television producer, an interactive media artist, published novelist, and has had Elysium, his opera on transhumanism, performed at the Norwegian Opera and Ballet. He enjoys mountain biking. 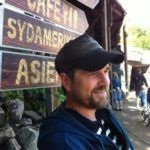 Oyvind is the co-founder and COO of Sanity, and previously held the position of CEO at the digital consultancy Bengler. In both roles, he’s continued to nurture a unique, friendly atmosphere balancing the needs for creative, exploratory freedom with the narrow focus needed to deliver on schedule and to budget. In his spare time, Øyvind modifies and drag races his ’67 Mustang Fastback.