We’re excited to announce our newest Heavybit member LunchBadger – a company that is building a next-generation platform that allows developers and enterprises to compose, manage, monitor, and monetize cloud-native API microservices. Built from the ground up with open source cloud-native technologies, LunchBadger’s API empowerment platform exposes APIs for web, mobile, and IoT devices so companies can grow an ecosystem that makes them generally available to everyone.

Today, LunchBadger is pleased to announce Express Gateway, a new open source initiative to build an open source API Gateway using Express.js and Express.js Middleware. Express.js has over 11 million downloads a month, making it the single most popular web framework in Node.js. Its framework is simple and minimalistic, thus allowing for the maintenance of a rich ecosystem in conjunction with other popular technologies such as MongoDB, Angular, and Node.js (MEAN).

For developers building an API Gateway, Express.js provides an easy means of customizing and extending the gateway to their businesses’ specific needs in a unified platform. Developers interested in getting more involved or to become a maintainer can visit www.express-gateway.io. 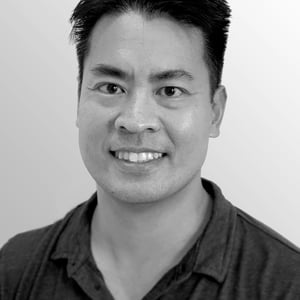 Al is the CEO and Founder at LunchBadger. He previously co-founded StrongLoop and as CTO, he led the company to a successful acquisition by IBM in 2015. He is also the creator of LoopBack, a leading open source Node.js framework for enterprise APIs.