We are happy to announce the newest member to join Heavybit, Tailscale.

Tailscale is a new kind of corporate VPN that requires no hardware or infrastructure and sets up in minutes. Based on Google’s zero-trust BeyondCorp architecture, and built using the WireGuard protocol, Tailscale makes network security accessible to teams of any scale.

Why We’re Excited about Tailscale

Traditional VPNs and remote desktops are unreliable, laggy, and can’t scale fast enough. The tools and technologies used to protect organizations from attacks weren’t designed for today’s reality of cloud computing, IoT, users with multiple personal devices, etc. Key assumptions of the perimeter security model no longer hold, and Tailscale aims to bring BeyondCorp enterprise security practices to the rest of the world.

The company redefines enterprise network security away from a traditional VPN model, to one in which all individual point-to-point communications are independently authenticated and secured regardless of device location. As of today, the team launched out of GA and announced their recent Seed funding round led by Heavybit.

The Tailscale team has deep expertise in networking and systems with a pragmatic approach building on best-in-class technology like WireGuard. They are currently fully distributed in Montreal, Toronto, NYC, and Seattle, but we expect to see them visit frequently in SF.

For more on Tailscale visit https://tailscale.com/. 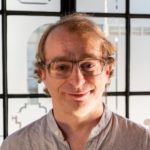 Avery previously consulted to Alphabet senior leadership and led Google Fiber’s gigabit WiFi and platform analytics team. His open source projects include wvdial, sshuttle, bup, and redo. He started Net Integration Technologies (Nitix), which sold to IBM in 2008. Avery is on the Board of Directors for a Schedule I Canadian bank. 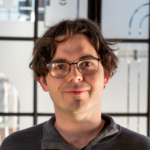 David is formerly a Staff Software Engineer at Google, where he specialized in petabyte-scale logs processing. He implemented TCP/IP networking for Fuchsia, as well as ported the Go language platform to iOS and Android. 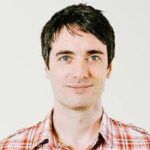 David is the former COO/CFO of Format.com, where he helped bootstrap the company to 50 employees and millions in revenue. He has over two decades of experience in consulting, software engineering, and program management.