Historically, enterprises had to turn to proprietary solutions for an RDBMS with the enterprise-grade features and support needed for critical applications. Multiple OSS alternatives began establishing themselves as viable alternatives in web-scale applications 25+ years ago. Crunchy Data began as part of a small community of like-minded PostgreSQL enthusiasts who believed that (despite lagging behind MySQL in some popularity metrics) PostgreSQL’s active development community, careful architecture choices, and reputation for reliability, data integrity, and ease of use made it the inevitable choice for enterprises looking for a robust OSS RDBMS. Almost a decade later that prescient belief has arrived. PostgreSQL is the preeminent OSS RDBMS and default choice across a wide range of mission critical use-cases.

Crunchy Data boasts an elite set of Postgres contributors (with 8 major contributors or committers to Postgres) and many others that contribute to the PostgreSQL community. In addition to their Postgres expertise, Crunchy has a veteran team who helped pioneer the database-as-a-service space at Heroku. Crunchy Data currently has offices in South Carolina, Virginia, & New York, but hires remotely across the United States. If you’re interested in joining their team, check out their open reqs. 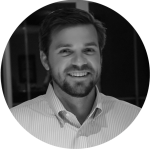 Before co-founding Crunchy Data, Paul was an attorney at famed law firm Cooley LLP where he specialized in private equity investments, mergers and acquisitions and the general corporate representation of technology and emerging growth companies.