Join us in welcoming our newest member Blockdaemon, a blockchain platform providing easy deployment, connection and node management. The solution allows users to choose and switch networks and chains without worrying about picking the best network configuration. In addition, blockchain ecosystems and security conscious individuals can easily deploy their own nodes.

Currently, the process for launching new blockchain projects and nodes is difficult, time-consuming, and expensive. With Blockdaemon’s nodes-as-a-service platform, developers deploy nodes on major blockchains on any major cloud in minutes.

Over the past few years, blockchain developers have been vocal about wanting websites that allow payment in crypto for deployment of nodes. In response, Blockdaemon launched its public deployment tool for Ethereum and Bitcoin nodes, allowing them to be deployed and connected to MIST or MyEtherWallet, and paid for by Bitcoin, Ether, and Zcash.. This service runs on Blockdaemon’s own infrastructure and is offered at a 90% discount to Amazon.

Blockdaemon is based in New York and has $3.3M in seed funding led by Comcast Ventures with participation from Boldstart Ventures, MState, Plug & Play, Liquid 2 Ventures and other prominent angels. 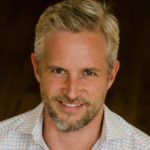 Konstantin is a serial entrepreneur and investor. He led and exited SaaS B2B platforms in the Media/Advertising space, most notably, Audiotube, Lookbooks and Wiredrive. He also is an advisor to blockchain company Gem, and serves on the board of MadHive, a leading media/advertising blockchain business. He currently serves as CEO of Blockdaemon, the industry agnostic nodes-as-a-service entity.

With a background in Computer Science and Game Design, Arun has a strong background in high speed – low latency infrastructure, scalable web applications and building product and highly functional technology teams. (LookBooks, PlaceIQ, MadHive ). He is an early adopter of Bitcoin and now building a cloud and blockchain agnostic blockchain deployment tool as the CTO of Blockdaemon. 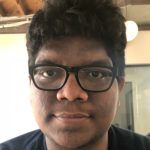