Heavybit led Orbit’s pre-Seed round just over 18 months ago and as of writing this post, the team just launched to the general public alongside the announcement of a $15M Series A round with more than 1500 teams already using the platform (CircleCI, CNCF, you name it).

So What is Orbit?

It’s a part of the developer-first product marketing stack that has been missing for far too long. So many companies invest heavily in developer community, but until now, no one has had access to purpose-built tools for community builders to do their jobs well. Coupled with the fact that we’ve just spent a year in lockdown in which ALL interactions have been via online communities and tools, Orbit is the product you wish you’d always had.

Developer advocacy and community is a must-have for bottom-up organizations. We’ve always believed this and witnessed successful community-led growth with teams like Netlify, Snyk, Heroku and others. But the problem in building a community strategy was that the emerging disciplines of dev advocacy and community lacked the tooling required to work effectively or to prove out ROI. Traditional CRMs and marketing automation tools were designed for traditional sales & marketing departments and traditional sales pipelines.

Orbit is built on the belief that modern teams need tools that recognize conversations are distributed across platforms and timezones, and that community members need to be treated like valued long-term contributors and not just a catalogue of leads to be urgently pushed into either “won” or “lost” status. That’s why Orbit collects dev rel and product signals that aren’t captured by existing marketing tools such as developer activity, 3rd party platform discussions, emerging trends/topics, and can identify standout contributions and contributors.

But perhaps more importantly, Orbit provides concrete measures of the health of a community with metrics such as developer love, reach and gravity – concepts that until now, have been somewhat unquantified. Don’t take my word for it, check out the math in the Orbit model and check out the excitement of the Orbit community.

Why are We (and many others) Excited About this Team?

The founders of Orbit met at Heavybit alumni company Keen IO, where they helped build the data platform powering the Keen IO API, Dashboard Starter Kit, Explorer App, and early user docs and guides. Their experience in building a high-traction bottom-up developer product at Keen IO, and their subsequent experience at Algolia and Apple made them an obvious addition to the Heavybit portfolio.

What most folks don’t know is that this team, in their spare time while building Keen, also helped build Heavybit’s first DevGuild Conference on Developer Evangelism in 2015. Together with our community committee, they programmed a 150+ person event solely focused on community building. If this was what they were capable of in their spare time, imagine what they’d do when completely focused on a tool and community for community building? Thankfully you don’t have to imagine it. They’ve built it and will continue to iterate with their many customers. Check out Orbit today. 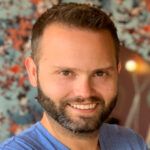 Patrick Woods | CEO | LinkedIn | @patrickjwoods
Patrick Woods is the co-founder and CEO of Orbit where he leads the team’s revenue, go-to-market and customer development efforts. In the past he led the customer success teams at Keen IO and Figure Eight. He has more than 10 years marketing and customer operations experience and is the author of the Brand Strategy Canvas (Apress).

Josh Dzielak | CTO | LinkedIn | @dzello
Josh is the co-founder and CTO of Orbit where he owns the product roadmap, community engagement and management of all things engineering. In the past, Josh was the first developer advocate and dev rel lead at Algolia, was the VP Engineering at Keen IO and has spent 10 years in engineering roles with 6 as a dev rel speaker and influencer. 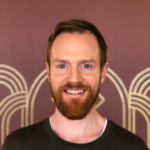