Build vs Buy Key Takeaways: Selling to Developers Who Don’t Want to Buy Your Product (Yet) Ashley Dotterweich

Selling to developers is a challenge. They’re notoriously opinionated about the software they use. They often have a preference to build vs buy, and would willingly spend the time crafting a homegrown solution before purchasing one. So how do you create demand in a market that does not, at least initially, want to buy your product?

During her talk at the Heavybit Clubhouse, Build vs Buy: Turning Critics into Champions, LaunchDarkly co-founder and CEO Edith Harbaugh shared the challenges her team faced when selling into a developer audience who didn’t think they needed an SaaS feature management platform. Read on for some of our key takeaways from Edith on how to transform skeptics into customers.

Criticism doesn’t mean you’re doomed to failure. People won’t waste time arguing against your product if there isn’t something about it that piques their interest. “If someone is talking buy vs build, you have a potential buyer! This isn’t bad — this means that you have something valuable,” said Edith.

Getting to the point of having critics is a milestone in itself for growing companies. One of the biggest problems in LaunchDarkly’s early days was that no one knew that they existed. “If people used feature management before, it was a homegrown solution,” said Edith. “If wasn’t a solution people were looking for because it wasn’t a problem they thought they had.” 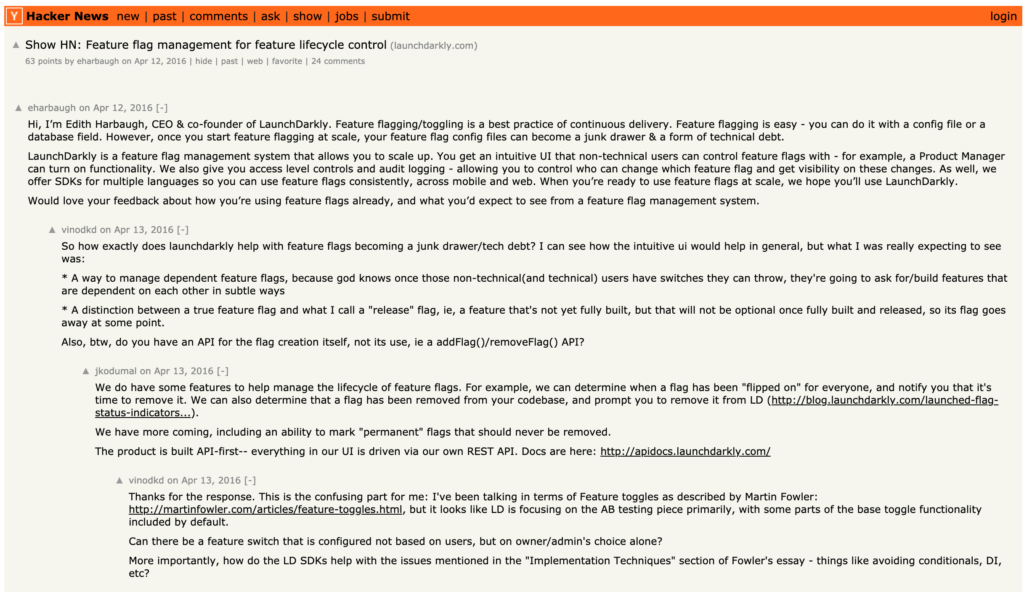 To combat a lack of awareness about their platform, Edith and her team experimented with a number of marketing tactics, largely focused on building awareness of their company in the space. From sharing the LaunchDarkly product on HackerNews to sending Edith to speak at events and conferences, their goal was to build buzz around the feature flagging space, even when that buzz included criticism. Building awareness of their product was critical for reaching an audience that previously assumed that there wasn’t such an option.

If Prospects Want to Build vs Buy, Let Them Build (They Might Come Back and Buy Later)

“Don’t lecture your customers,” cautioned Edith. A technical buyer — especially one coming from a startup with a strong DIY ethos — often comes to the table comparing what you’re offering to what they think they could do themselves. Telling them that they cannot or should not build something will only make them more resistant. Instead, Edith recommends the approach of showing prospects that you can offer a better way to approach the problem.

LaunchDarkly confronted this head-on by publishing a blueprint for building your own home-grown featuring flagging system: 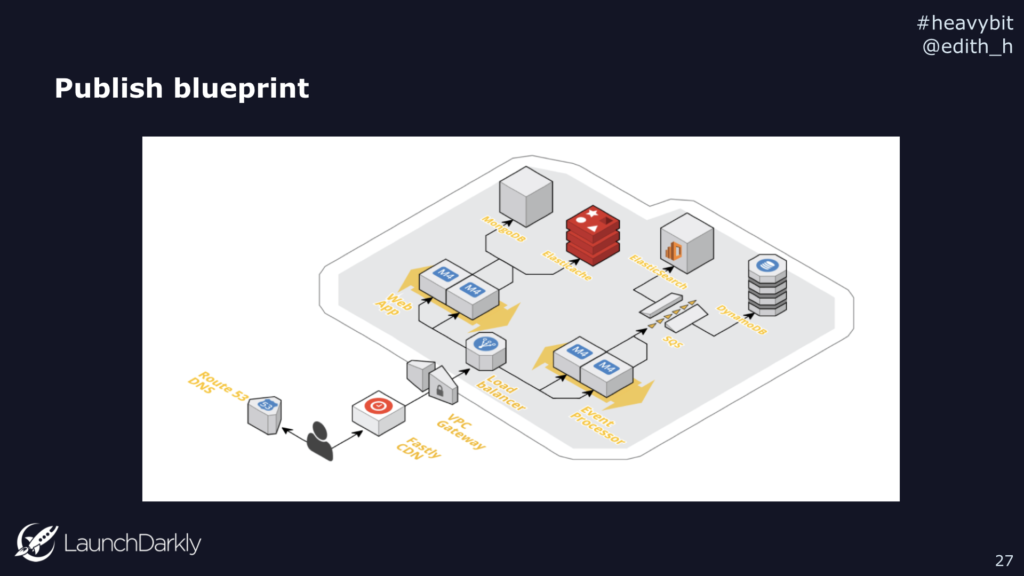 A few prospects used the blueprint to build their own in-house feature flagging system. But they returned to LaunchDarkly a few months later when they realized how much of their team’s time they were sinking into management and maintenance of the system. Giving buyers the space and the information they need to make an informed decision lets them discover for themselves the value your product can bring to their team.

Having objections can signal that a prospect is seriously considering your product. Finding trends and patterns in the objections raised by customers and prospects can help inform your product — both in what you build and how you market and sell it.

Edith notes that if buyers are asking tough questions, it’s probably because they’re being asked those questions internally, too. Creating content to address these concerns creates a way to streamline conversations and empowers your buyer share information with their team as you progress through the sales cycle. “If you find yourself writing the same reply over and over, make it a landing page so you can forward a link,” she says. For example, LaunchDarkly built an explicit “Build vs Buy” landing page to make it easy for buyers to compare their system to a homegrown one.

Learn More about Turning Critics into Champions with Edith Harbaugh

Want to learn more about combating difficult customer objections? Listen to the full recording of Turning Critics into Champions for more on breaking through the build vs. buy mentality. And don’t miss Edith’s recommended reading from the session, her article on How to Get Your First 10 Customers.